Archeological research in Kirşehir and its surrounding areas show reveal that its history goes back to the Old Bronze Age (3000-2000 B.C.). Later, it was dominated by the Hittites, Phrygians, Persians, Macedonians, Romans, Byzantines, Seljuks and Ottomans. The Ahi brotherhood, which played a significantly major role in Anatolia’s commercial and economic life, was established in Kirşehir in the 13th century. Ahilik is a tradesman’s organisation based on honesty, mutual help and respect.

Kirşehir - Seyfe Lake was declared a Nature Preservation Site. This site is home to 167 species of waterbirds including flamingo, grey heron, ruddy shelduck, drake, grey duck, crested grebe, mallards, Hungarian duck, pintail, crane,lark, seagull, swamp swift, white-neck fallow, large fallow, spurred lapwing, and many others. It is a place which must be visited. The Çağirkan Castle Tumulus is along the Kirşehir-Kaman road in the village of Çağirkan 9km from Kaman. It has been inhabited from 3000 B.C. until the Islamic Period. Central Kalehöyük, in the city centre, has been lived in since before Christ. The Mucur underground city was built around 300 and 400 B.C. and is in Mucur town centre. It is 7-8km below ground level and has 42 rooms, gallery, stables, worship areas, secret passages and corridors and ventilation chimneys. The Keçi castle is in the northeast of the Kizilca Village. The castle was built by the Byzantines and the wall ruins are 2-3m high today. It is the largest of Kirşehir castles.

Earth pot trotters and keşkef must be tried. The local cuisine is based on pastry dishes, meat and dairy products. The countryside areas cultivate plenty of beans, tomatoes, peppers and eggplants. Although orchards are not cultivated as much as before, fruit such as grapes, apricots and mulberries are still important. Homemade moodles, tomato paste, syrup have nearly been replaced by market products. Dried plums, wild apricots and apples are called “kak” in the region. Except for apple, fruit is dried in the sun to eat in the winter or to make stewed fruit. Special kinds of “winter” apples, pears and grapes are harvested. Grapes and pears are dried in the “hevenk” method; fruit is picked with their stalks and left in the sun for 1 day. When the stalks have softened they are strung on thick string and hung in cellars or basements. Dried fruit is also used to in chick-pea desserts. Wild apricot is used in a special ethnic dish called “haside”. Syrup is also made from grape, pear and apple. Expanding into mass market production has made Kirşehir a centre for syrup production. In homes, the syrup is used to make “koftur”. Fresh syrup is mixed with flour and then cooked. When it forms a paste it is left to dry in large trays. When cool and brittle it is cut into diamonds. It is kept in a dry place to prevent spoiling. A dessert called “kedi batmaz” is also made with the syrup. Dry filo pastry is crumbled and put in a bowl. Hot syrup is poured on top and it is ready to eat when cool. The most common meat dish is “çullama” made from chicken or turkey meat. Breast is cooked with oil and flour and boiled until a custard is formed. Meat like lamb chops are cooked on embers. This is called ““söğürme”.

Handicrafts made from Kirşehir’s famous onyx stone are popular. Carpet and kilim making is also important in the province. Together with the onset of industrialisation & urbanisation carpet-making lost its importance in the city centre yet has remained in the towns and villages. Coppersmiths were vital in the past and is nearly obliterated today. Stone crafting is a traditional industry and has developed to include overseas trading. The province’s copperware needs are met by the coppersmiths in Uzunçarşi… 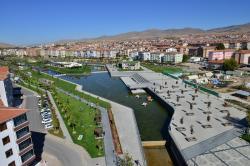 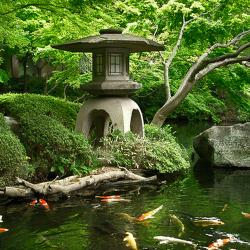 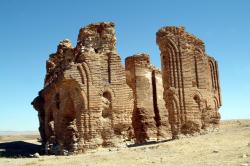 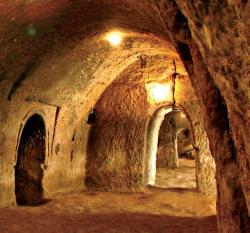 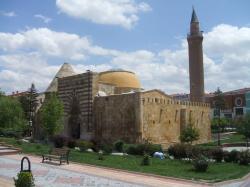